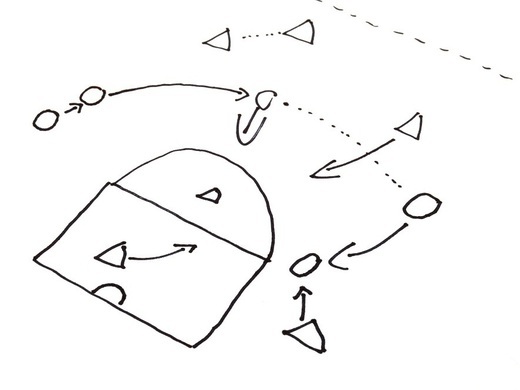 4. No draws are permitted. There will be a 2 min period of extra time followed by ‘the golden basket’

6. Any team unable to fulfil a fixture must give at least two weeks’ notice or they will incur a fine of £70

7. At the end of the season if two or more teams are tied the results between these teams are taken into consideration in the way that ties in the BBL are decided. There will be a trophy for the winning team in each age group.

8. There will be play-offs at the end of the season for each group. Medals will be awarded to the winning team in each age group.

3. U12: For boys teams all players must be in school year 7 or under. For U12 girls teams players can be in year 9 or under. Girls are permitted to play in a mixed U12 team and may be year 9 or under but they cannot be registered to play NL.

4. For U10 ALL players must be in school year 5 or below the team can be a mix of boys & girls. Girls cannot play down at U10, so they must also be in year 5 or under.

1. A match fee of £65 per team will be charged at each league evening, payable on the night (cash) or in advance (bank transfer)

2. Teams must consist of a minimum of 8 and a maximum of 12 players.

5. If there are fewer than 8 players in a team, the opposing coach selects which players cannot play in the second quarter.

6. Substitutions are allowed in the 3rd and 4th quarters.

7. Players or coaches disqualified from a game shall serve an automatic one match ban.

8. The CVL is a development league. As such U16, U14 & U12 teams are permitted to have a maximum of 2 National League registered players in their team with one on court at a time. NL registered girls are not permitted to play down an age group.

9. At any time all players & coaches may be required to show photo licence cards.

4. One time-out per quarter.

1. Only half court man for man defence, to be played in the U10, U12 & U14 leagues. If a team has to be reminded of this more than 3 times then they will lose possession on each subsequent occasion.

2. You may play full court defence in the last quarter of an U16 game but once there is a difference of 20 points the winning team must remove the press.

1. Four team fouls per quarter. After which two shots shall be given against the offending team for any subsequent foul.

This is a development league, so basic standards of sportsmanship, such as players shaking hands, thanking referees and table officials are expected as a matter of common courtesy.

1. Referees will be provided by the League

2. Referees will be qualified at Level 1 as a minimum but they may be inexperienced. Coaches, players & parents must at all times be respectful to the refs. Anyone not doing this may be asked to leave.